Thor Markussen, climate justice and energy campaigner for Friends of the Earth Europe, visited the earthquake stricken region of Groningen, to witness the lengths the Dutch government is willing to go in order to extract fossil fuels, and that others are willing to do in order to resist it.

In the small northernmost province of the Netherlands, Groningen, you'd expect to find the bucolic agricultural landscapes, seascapes, and windmills the region is famous for. You might not expect, however, to find one of the earthquake capitals of Western Europe. An area with no natural seismic activity, yet registering more than 1,300 earthquakes over the last 30 years. Many of them shallow, and particularly destructive.

This startling reality shocked me – even more so when the source of these earthquakes was revealed to us by Nettie Klompsma, a local resident.

Nettie said: "Groningen sits on one of the largest conventional gas reserves in Europe, and its extraction – the extraction of fossil fuels – is literally destabilizing the land our homes are built on." 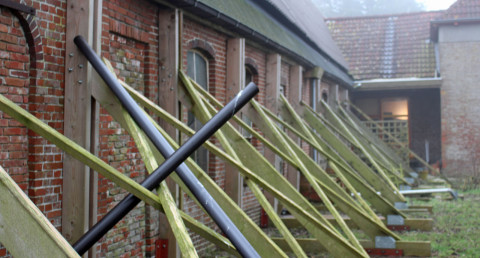 I visited Groningen in January with people from 20 other European countries as part of our new campaign for a Fossil Free Europe. On an eerie, foggy day we met one of the local residents whose house has been significantly damaged by earthquakes. She told us why they were standing up to NAM, the Dutch energy consortium in charge of gas extraction in the region. Part David versus Goliath, but also part survival struggle – she had no choice, with NAM offering only a fraction in compensation of what her family would need to resettle. The Dutch energy consortium NAM registers profits of around EUR 3 million a day. 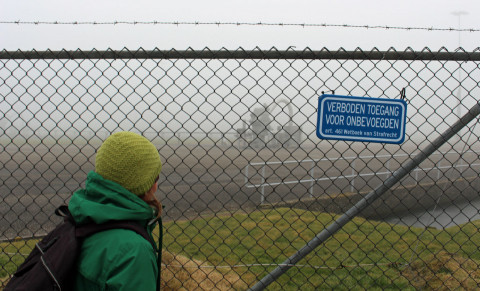 The local population is resisting in many ways. During the day we took part in a solidarity action in the form of a knitting café. Yes, knitting. This might seem trivial, but it's actually a great way of informally connecting with many different people. Also, the main use of gas in the region is to heat houses. Better insulated houses, or electric heating from renewable sources, cuts gas use, and eats in to NAM's profits.

Milieudefensie coordinator of the 'knitting campaign' Brenda Harsveld told us that the groups knit blankets to cover an entire house in Groningen to symbolically focus on the issue and the solution, whilst bringing large numbers of people together in informal spaces to discuss the issues that concern them.

Brenda said: "Knitting is just one of the ways we pay attention to the impact of gas extraction on the lives of people and it's a message to the Netherlands of the importance of sustainable energy. Many people with different social background joined us and taking part in whatever way they can. We show that the gas extraction affects us all." 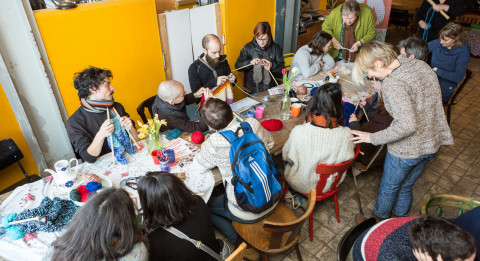 It's terrifying to see this level of disregard for communities and the climate in Northern Europe, and only highlights the plight of those resisting fossil fuel exploitation, and on the frontlines of climate change, in less developed parts of the world. But we left encouraged and inspired.

People are resisting, and coming forward with the solutions. People power will win in the end.

***
This story is only one example of how the Friends of the Earth network is working with people resisting the fossil fuel industry and presenting alternative solutions. Jointly, we support struggles all over Europe, we work concretely with people power and we want a fossil free Europe by 2030. I hope you want to join us and take part in the movement fighting for a socially, environmentally and economically just world.

More information on the Groningen case (Dutch only)